10/21/21--Attorney General William Tong believes the billboards advertising cannabis dispensaries violate Connecticut’s cannabis law that took effect July 1, 2021. Tong’s office has been in discussions with the billboard companies, and now he’s reaching out directly to the cannabis retailers. On Tuesday, he mailed letters to seven dispensaries in Massachusetts asking them to remove their billboard ads. Read

7/5/21--Residents over the age of 21 can legally possess and consume marijuana. Connecticut's official state website presents all the facts on the new law. Read

6/25/21--The Department of Consumer Protection (DCP) is warning businesses that, beginning July 1, 2021, they may no longer offer or sell products made using hemp or hemp-derived products with any Tetrahydrocannabinol (THC) concentration, including delta-7, delta-8, delta-9 and delta-10. Read

6/22/21--Connecticut Gov. Ned Lamont, a Democrat, signed a bill to legalize the use and cultivation of recreational cannabis and expunge thousands of past convictions for possession, after both houses of the state legislature passed the bill last week. The signing of this bill signing marks an end to years of failed efforts to legalize the drug after the state approved it for medical use in 2012. Read

6/17/21--Connecticut Democratic Gov. Ned Lamont made adult-use cannabis legalization official June 22 in the Constitution State, where lawmakers met in a special session to approve the measure last week. Connecticut is the fourth state to end prohibition through the legislative process this year. Read

8/19/19--High school students were getting marijuana for vape pens from a gas station in Cheshire, according to police, and a clerk is accused of selling it to them. Cheshire police said it was happening at the Gulf Gas Station at 197 Main St. and they arrested 30-year-old Ayad Nahshal, of Cheshire, Wednesday on a warrant charging him with two counts of sale of a controlled substance. Read

6/14/19--Five new conditions were accepted for treatment to the state’s growing medical marijuana program at a recent Board of Physicians meeting. The five conditions will be added to the Medical Marijuana Program’s regulations, and are ultimately subject to approval by the Regulations Review Committee of the Connecticut General Assembly. Read 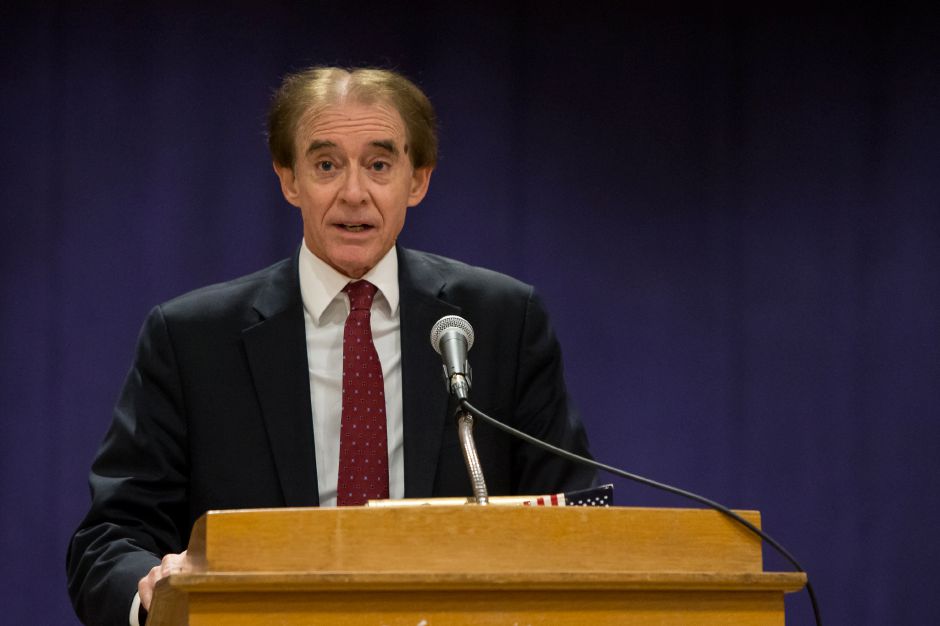 3/16/19--A group of state and local elected officials held a rally on the steps of Town Hall Saturday morning in opposition to proposed legislation legalizing recreational marijuana. Republican Mayor William Dickinson Jr. called into question of legalization “a great debate.” He claimed there is not conclusive evidence that marijuana usage is not harmful, citing reports from the Food and Drug Administration and other state and local agencies. Read

Legal marijuana could be available by the end of this year

1/14/19--Among the top issues discussed by Democrats in the Connecticut House was a unified bill to legalize the recreational use of marijuana in the state. According to Rep. Mike D'Agostino (D-Hamden), the co-chair of the General Law Committee, all of the state's medical marijuana growers have said they are ready to expand into recreational sales. Read

3/15/18--A public hearing Thursday on recreational marijuana was a lopsided affair, with all but one of the people who testified urging lawmakers to legalize possessing, growing, and selling limited amounts of the drug. The state legislature is weighing three bills that, in tandem, would legalize marijuana and regulate its retail sale. Connecticut has been hesitant to follow the lead of neighboring Massachusetts, Maine and Vermont, all of which have legalized recreational marijuana. Read

2/23/18--On Monday, a board of Connecticut doctors will hear appeals to add four more conditions to the list of diagnosed conditions that can qualify someone for a medical marijuana card has grown from 11 to 22, including one not allowed in any other states with medical marijuana programs: opioid addiction. Read

6/9/17--Medical marijuana has been approved for three new medical conditions, while two others were rejected, Consumer Protection Commissioner Michelle H. Seagull announced. Seagull followed the Consumer Protection Department’s Board of Physicians’ recommendations to add hydrocephalus with intractable headache, intractable migraines, and trigeminal neuralgia to the list of conditions for which doctors may certify patients. Read

Legal marijuana bogs down in legislature, appears unlikely this year

4/5/17--A highly controversial bill to legalize recreational marijuana is floundering because of a lack of support in the General Assembly. Advocates expressed disappointment that the bill suffered a setback in the judiciary committee but are holding onto hope that the idea will resurface before the legislature adjourns on June 7. Read 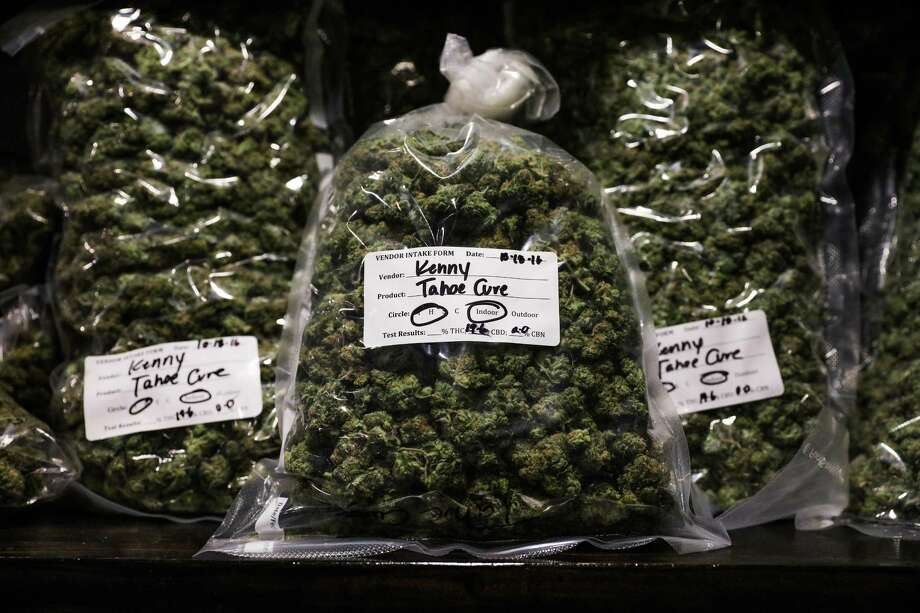 3/7/17--Connecticut lawmakers disagree on whether the state should allow recreational use. Several bills before the General Assembly would allow Connecticut to legalize recreational use of weed for adults. Product quality would be regulated by the state, and pot would be sold at state approved stores. An unspecified tax would be placed on sales, generating revenue for the state. But even if the legislation passes the General Assembly, hurdles remain. Read

1/14/17--Recreational marijuana use has been approved in Massachusetts starting in 2018, and there is an effort for it to be legalized in Connecticut, but Yale School of Public Health professor Vasilis Vasiliou is warning of cannabis’ potential hazards. He’s especially concerned about the combined influence of alcohol and marijuana, cannabis’ effect on the developing brain, and its potential harm to pregnant women and fetuses. Read

1/12/17--Some officials in Connecticut fear the sale of recreational marijuana means potential tax revenue will be lost across state lines. Senator Martin Looney would rather keep that money in the state, proposing legislation to legalize the sale of pot in Connecticut. Looney said the state would be poised to generate $50 million annually if the measure were approved. Read

1/5/17--There are at least three bills to come this session that would legalize the use of marijuana, and they’re found in both the House and Senate, supported by both Republicans and Democrats. But, as there’s bipartisan support, there’s also bipartisan objections, laying the groundwork for what will be spirited debate in the coming weeks over marijuana. Read

12/23/16--Medical marijuana research has begun in Connecticut, but the election of a new president highlights the conflicting relationship the state's medical cannabis program has with federal law. Connecticut, the District of Columbia, and the 27 other states where marijuana is legal for medical purposes are operating with an understanding from the U.S. Department of Justice, which said it wouldn't enforce federal restrictions on marijuana where it's allowed under state law. Read

11/9/16--After Massachusetts voters approved a ballot question legalizing the sale and use of recreational marijuana, Gov. Dannel P. Malloy said he may have to re-examine his own views on the matter. Malloy supported decriminalization of marijuana and enacting a medical marijuana program in Connecticut, but he has said that legalizing the drug for recreational use goes too far. Read

9/26/16--The number of patients in the state of Connecticut receiving medical marijuana treatment keeps growing, now at 13, 440, according to Department of Consumer Protection Deputy Commissioner Michelle Seagull. Read

9/5/16--West Haven police discovered a large marijuana growing operation in the back of a home on Norfolk Street. Police said 600 marijuana plants were in the backyard and, hospital even more disturbing, the homeowners also run a daycare out of their house. Read

8/28/16--Police shut down another indoor marijuana grow operation in the city Friday and confiscated nearly $3 million in illegal cannabis. Read

Ruling on marijuana-using worker up in smoke

8/22/16--The state Supreme Court ruled that Gregory Linhoff, cialis a Connecticut state worker fired after he was caught smoking marijuana on the job, recipe was punished too harshly and should get his job back. Read
The Marijuana Report Website and The Marijuana Report E-Newsletter
are published by National Families in Action.