9/28/20--A medical marijuana legalization initiative that will appear on Mississippi’s November ballot is being targeted by two medical associations that are pushing voters to reject the policy change. Read

Who are 2020’s top marijuana legalization campaign donors? We’ve got all the data

10/13/20--In most of the five states with cannabis legalization measures on the 2020 ballot, public campaign finance data indicates that prohibitionists are hurting for cash. Read

7/13/20--Nebraskans For Medical Marijuana hope to find out by mid-August if enough of the more than 182,000 signatures they submitted July 2 are valid to qualify for a ballot initiative this November. The campaign submitted well over the roughly 121,000 signatures required to put the constitutional amendment legalizing medical cannabis in front of Nebraska voters, and collected signatures from all of the state’s 93 counties, according to the campaign. Read 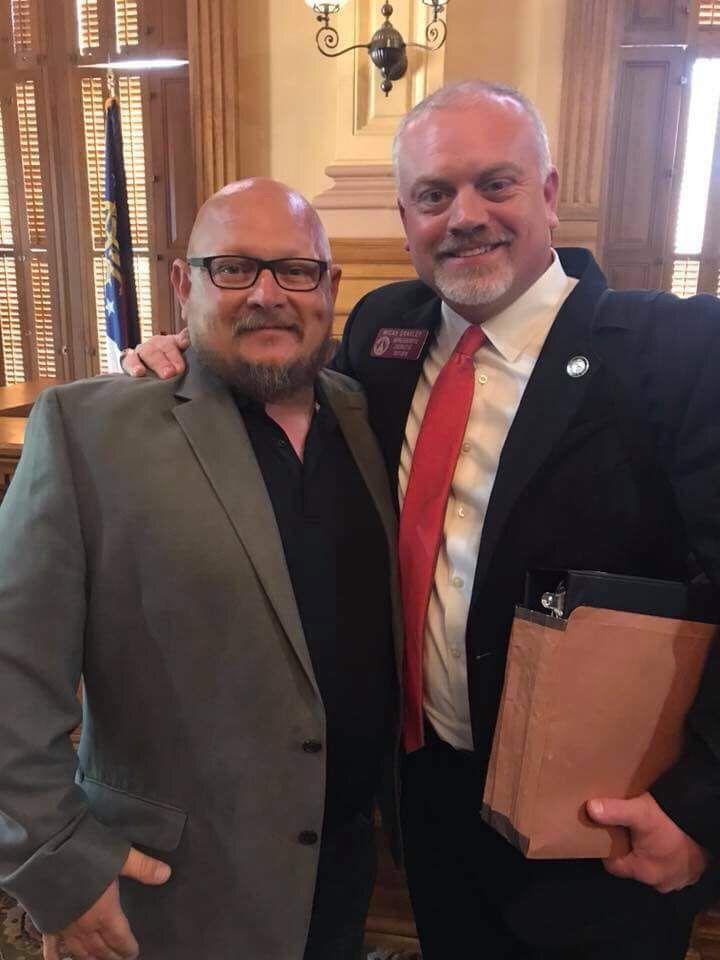 9/7/18--Co-chairmen District 67 State Rep. Micah Gravley, R-Douglasville, and State Sen. Matt Brass, R-Newnan, announced details of the second meeting of the Joint Legislative Study Commission on Low THC Medical Oil Access. The meeting is set for Sept. 18 from 1:00 to 3:30 p.m., and it will focus on testimony from various organizations such as dispensaries, regulatory agencies, and law enforcement entities to address current access issues to low THC cannabis oil. Read

Marijuana initiative organizer sues to get other two removed from ballot

8/13/18--Brad Bradshaw, a Springfield doctor and attorney, is the organizer of one of the three medical marijuana initiatives slated for the November election. He is suing to get the other two initiatives removed from the ballot. Bradshaw is arguing that one campaign collected signatures unlawfully and that the other failed to collect enough. Bradshaw also filed a motion for expedited discovery, asking that depositions be conducted within the next 30 days because the general election is less than three months away. The secretary of state must certify the November ballot by Aug. 28. Read

3/8/18--Addiction psychiatrist Dr. Harold Urschel from Texas spoke with the Oklahoma Medical Board about the dangers of marijuana. However, his claim that marijuana lowers IQ seems to be debatable. For every study that suggests that marijuana lowers your IQ, there are several that show the opposite. The most recent of these, a twin study from 2016, studied the effects of marijuana on the IQ of identical twins, one of which was a habitual user and the other was not, over the course of 10 years. The conclusion was that there was absolutely no measurable link between marijuana use and lower IQ, Science Magazine reported. Read

3/16/18--Michigan officials have shuttered 40 medical marijuana businesses that were operating without valid licenses and they're expected to warn hundreds of others that they could be next. The state Department of Licensing and Regulatory Affairs started the process of closing down facilities Thursday. Read

4/11/17--A new initiative seeking to legalize medical marijuana has been unveiled in the Iowa Senate. Senate Study Bill 1190 has been scheduled for a hearing before a three-member Senate subcommittee, which is expected to advance it to the Senate Appropriations Committee. Read

10/12/16--It could take awhile before the Lansing City Council votes on a proposed medical marijuana ordinance that's been changed, debated, and delayed for several months. Until a new ordinance is brought to the Council's full eight-member body and approved, the city will continue following an ordinance created in 2011 that doesn't include a licensing process for medical marijuana dispensaries and other related establishments. Read
The Marijuana Report Website and The Marijuana Report E-Newsletter
are published by National Families in Action.