11/19/20--State Rep. Joe Moody, D-El Paso, authored House Bill 63, which would have decriminalized possession of small amounts of marijuana. That bill passed with a supermajority in the Texas House of Representatives, but was never taken up in the Senate. This session, Moody is going further by filing a bill that would outright legalize marijuana if passed. Read

10/1/20--Surterra Texas, one of the state’s vertically integrated medical cannabis licensees, has been working on expanding efforts to bring telehealth services and cannabis-infused lozenges to the state’s patient base. The company has partnered with Heally to bring telehealth services to patients across the state to help them see a doctor and potentially get a prescription for medical cannabis from their own homes. Read

7/28/20--Officials in Texas have certified that the code banning the retail sale and distribution of smokable hemp products has been approved and becomes effective Aug. 2. Read

8/6/20--Hemp manufacturers and retailers in Texas filed a lawsuit on Wednesday, challenging the Texas health department on its recently enacted ban on selling smokable hemp products. The lawsuit seeks a declaration that the department’s ban on processing and manufacturing hemp products for smoking in Texas is unconstitutional, and that the provision banning the distribution and retail sale of hemp products is invalid. Read

6/5/20--Rio Grande Valley Border Patrol agents arrested four smugglers, seized over 650 pounds of marijuana and two vehicles in three separate incidents. The public is encouraged to take a stand against crime in their communities and report suspicious activity. Read

3/25/20--According to geotagged Twitter data gathered this month, it appears more Texans are using marijuana than people in most states during the coronavirus pandemic. The map featured in this article is based on data since March 1, tracking tweets and hashtags about using marijuana, including phrases such as “smoke weed,” “get high,” and all related slang terms. Read

Texas Hemp law creates haze of confusion: ‘It Changed The Definition Of Marijuana’

3/12/20--While bills to decriminalize marijuana failed in the last legislation session, the state’s new hemp law passed unanimously. It was intended to allow farmers to cash in on a new crop, but the unintended effect is a big one. According to Tarrant County Assistant District Attorney Dale Smith, it changed the definition of marijuana by defining legal hemp as the same plant, only with a concentration of less than .3% THC, marijuana’s euphoria inducing chemical. Read 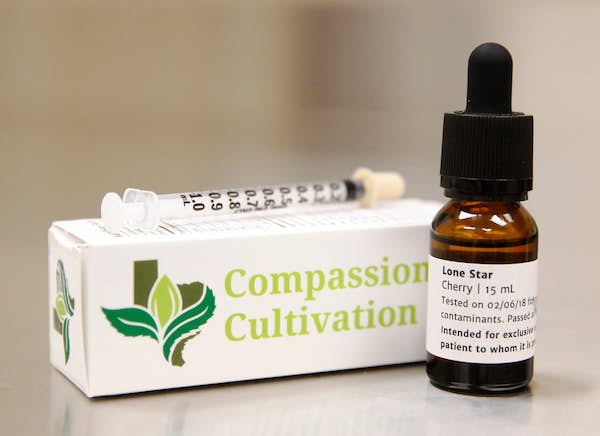 3/9/19--A flood of unregulated marijuana products is one of the challenges facing Texas’ three medical marijuana companies pioneering a new state industry and trying to turn a profit. The companies want the state to expand the program and crack down on unregulated marijuana products they see as threatening their businesses and the public. According to Heather Fazio, director of Texans for Responsible Marijuana Policy, if lawmakers don’t make changes they risk putting Texas’ fledgling medical marijuana industry out of business. Read

3/8/19--The Texas Police Chiefs Association is urging lawmakers to proceed with caution and to recognize what they believe is a harmful drug, legalized or not. In a report prepared by the Texas Police Chiefs Association called "The Impact of Marijuana Legalization on State and Local Governments and Communities, TPCA proposes to "address the myths vs. the facts" on marijuana production, cannabis use, legalization and long-term effects on a community's quality of life. Read

A tiny Texas town takes a chance on medical marijuana

1/10/18--Last September, a farm near Schulenburg, Texas, a quiet, conservative town of fewer than 3,000 people, became a medical-marijuana dispensary. Knox Medical, based in Florida, owns the farm and is one of the three newly licensed cannabis outfits in Texas to start selling cannabidiol, or CBD, a substance derived from low-THC marijuana. Read

9/14/17--In a few months, scientists and manufacturers working out of Compassionate Cultivation in Austin will begin legally growing marijuana, assuming the facility's compliance and passing of the on-site inspection required to secure a license. This comes after Texas Gov. Greg Abbott signed a measure in 2015 to narrowly allow for the growing or sale of marijuana. The Texas Compassionate Use Act legalized the selling of a specific kind of cannabis oil derived from marijuana plants for epilepsy patients whose symptoms have not responded to federally approved medication. Read

8/4/17--A 44-year-old man riding on a Dallas Area Rapid Transit train was beaten by a group of other passengers after he said he asked them to stop smoking marijuana. After the beating, Jones, whose injuries included bruised ribs, was taken to Baylor University Medical Center, where he was treated and released. Police arrested Jakobi Darion Hendrix, 21, of Dallas in connection with the case, and they have identified other suspects, but no additional arrests have been made. Read

6/22/17--In a published letter to the editor of Daily Light, Shari Phillips of IMPACT Communities in Waxahachie cleared up some misperceptions and even wrong information being spread by proponents of legalizing marijuana for “medical” purposes. IMPACT Communities exists to keep kids from using alcohol, tobacco, and other drugs. The coalition educates the citizens of Ellis County in the best methods of communicating with teens and kids, and they mobilize the entire community to ensure that they are working together to keep kids safe. Read

6/10/17--Marijuana reform advocates say there was unprecedented, bipartisan support for their efforts in this year’s legislative session, but it still wasn’t enough to change state law. House Bill 2107 would have given safe access to medical cannabis for qualifying patients with certain debilitating medical conditions under strict conditions listed in the bill. Although it earned 77 Democratic and Republican co-authors after its committee hearing, the bill never made it to the House floor for a vote. Read

4/12/17--Dallas City Council voted on Wednesday to move ahead with a cite-and-release program for marijuana. If you’re caught with less than 4 ounces of marijuana and live in Dallas County, you will receive a citation and a court summons. This is the second time the city considered a program for low-level offenders. Read

4/3/17--The House Criminal Jurisprudence committee approved a bill that would make possession of up to an ounce of marijuana punishable by a fine of up to $250 instead of a criminal charge. The bill now advances to the full House for consideration. Read

2/17/17--Texas state Representative Joe Moody, with the support of police officers and a retired judge, is pushing hard for the decriminalization of marijuana possession. Moody’s House Bill 81, if passed, would make the possession of less than 1 ounce of marijuana a civil offense, punishable by only a $250 fine. Carrying weed for personal use wouldn’t get you arrested, and it wouldn’t get you a record. Read

12/6/16--Texas Sen. José Menéndez has introduced a bill that would expand the state’s current CBD program to include full-strength medical marijuana and additional qualifying conditions, see which could create a massive new MMJ market. The legislation is expected to face an uphill battle. “Doctors, online not politicians, click should be determining what is best for Texas patients,” Menéndez said. “This is legitimate medicine that can help a variety of sick people.” Read

12/5/16--A bill to legalize medical marijuana in Texas is expected to be introduced tomorrow by the bill’s sponsor, buy cialis Texas Senator Jose Menendez. Several patients, who would benefit from the legislation, will join Senator Menéndez for a press conference after filing his comprehensive medical cannabis bill allowing patients with debilitating and chronic medical conditions to receive cannabis under recommendation and consultation of their doctor. Read

11/25/16--A new study suggests that cannabis could help ease the deadly opioid epidemic in the United States. Participants reported “a notable decrease in their use of conventional pharmaceutical agents, price ” including a 42-percent drop in the use of opiates, clinic according to the pilot study. The study also suggested that the cognitive function of some medical marijuana users improved over a three-month period. However, case the authors warn that the study’s sample size was too small to be considered conclusive. Read

Government needs to protect teens when it legalizes pot

11/24/16--The sale of recreational marijuana needs to be restricted to protect children and to discourage use by teens, the Canadian Pediatric Society is urging, as the federal government prepares to move forward with plans to legalize the industry. The medical group said the goal of its recommendations is to minimize harm for those most vulnerable. Read

Licensing fees for CBD oil dispensaries could soar in Texas

10/26/16--Licensing fees would surge – to $1.3 million from $6, patient 000 – for Texas CBD oil dispensaries under a proposal being considered by the state’s Department of Public Safety, sparking industry concerns that such a move would deliver a crippling blow to businesses. Read

10/15/16--Dozens of military veterans, doctors, and educators are advocating to legalize and broaden the use of medical marijuana in Texas. It is something they are continuing to push for to help veterans and anyone fighting for their health.

10/12/16--Border officials found and seized 648 pounds of marijuana Friday after discovering the drugs inside spools of sheet metal being imported from Mexico. According to authorities, link no arrests were made and the investigation is ongoing. Read

Texas truck wreck leads to $2.2M of marijuana placed in the bed of the vehicle

9/22/16--Investigators say a pickup truck accident in the Texas Panhandle has led to the seizure of $2.2 million in packaged marijuana found in the bed of the vehicle. The Texas Department of Public Safety announced the arrest of the driver on a felony charge of possession of marijuana. Read

9/14/16--Officials began efforts to clear a massive field of marijuana in east Texas Tuesday morning after discovering thousands of plants. This is the second major bust in Smith County in three weeks. While marijuana busts are common in the area, there's been a recent uptick. Read

Police find marijuana in car that crashed into house 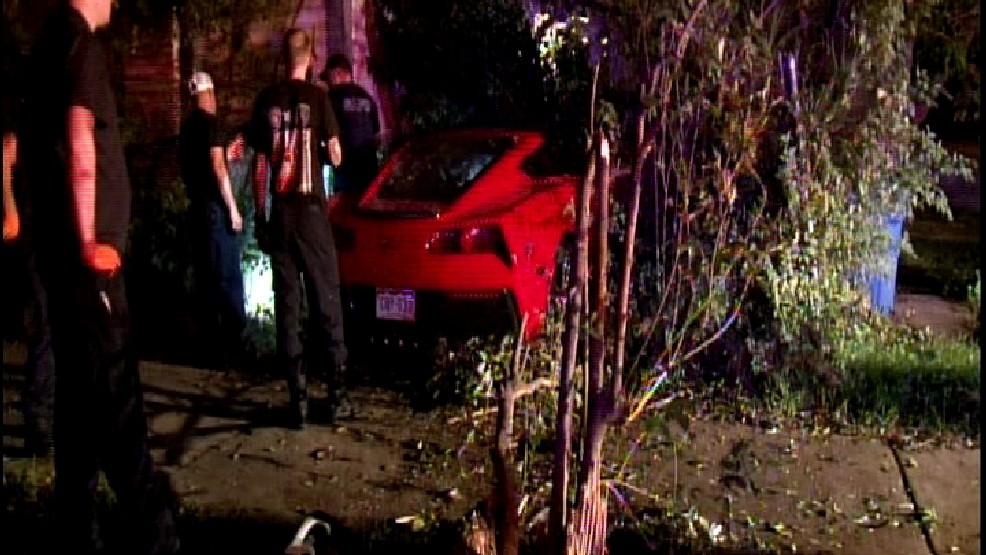 9/10/16--Police say a driver who crashed his car into a house was arrested after drugs were found inside his car. Police say when officers looked inside the car, ailment they spotted three bags of marijuana which contained about three to four pounds of the drug. Read

Increase in dismissals of marijuana offenses in Texas

9/4/16--Prosecutors in the most populated areas of Texas have in recent years dismissed a significantly larger number of marijuana offenses involving smaller amounts of the drug. In the five most populous counties -- Bexar, check Dallas, Harris, Tarrant and Travis -- the rate of dismissals has risen since 2011.
The Marijuana Report Website and The Marijuana Report E-Newsletter
are published by National Families in Action.